Take Care Of Your Back With Spine Friendly Exercises 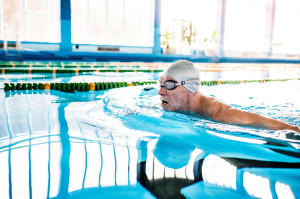 Your neuro-musculoskeletal system is an amazing feat of engineering. Your spine alone contains bones, joints, nerves, muscles, arteries and veins that work in coordination to help you walk, run, jump, throw, lift, stretch and more. Although these components are incredibly tough, they’re also susceptible to injury and general wear-and-tear. This is especially true if you spend the majority of your time on your feet, or you work a physically demanding job.

If you experience back pain, you might think the best course of action is to rest and take it easy. And while that may be the case in some instances, exercise is actually more effective. Regular exercise encourages circulation throughout your body, which can reduce inflammation and swelling. It also encourages the release of endorphins or “feel good” chemicals. Endorphins affect the way your brain responds to pain signals, which also provides relief.

But how do you know what type of exercise is right for your body? After all, if you’re experiencing pain, you don’t want to do anything that will make it worse or trigger further problems. Fortunately, there are several spine-friendly exercises that are safe and low-impact.

Biking. Riding a bike allows you to stay completely stationary. The only part of your body that does any work are your legs and feet. While riding, make sure to maintain good posture and always wear a helmet. If your pain gets worse, stop immediately and make an appointment with your doctor of chiropractic.

Swimming. Swimming is another low-impact exercise that can support spine health. When you’re in the water, there’s less pressure placed on your joints. Additionally, swimming builds endurance, muscle strength and heart health. There’s no risk of slipping and falling, and if you get too tired you can always take a break.

Yoga. Yoga is much more than an opportunity to meditate or center yourself. It also can strengthen your core muscles while encouraging flexibility and your range-of-motion. Combined with chiropractic care, yoga can also promote good posture and better neuro-musculoskeletal health as a whole.

If you have questions about the type of exercise that will most benefit you, schedule an appointment with Dr. Lee Stafford, doctor of chiropractic at Hanes Mall Blvd Salama Chiropractic Center in Winston-Salem, North Carolina.. Following an exam and discussion of your goals for treatment, Dr. Stafford. a licensed North Carolina chiropractor can make recommendations that align with your needs.
Posted by Wendover Avenue Salama Chiropractic Center - Greensboro, NC at 12:31 PM No comments:

Study Provides The Strongest Evidence To-Date That Chiropractic Care Is Safe, Effective & Can Be Integrated...

A new study led by investigators at the Palmer Center for Chiropractic Research, in conjunction with the RAND Corporation and the Samueli Institute, found that patients suffering from low-back pain who received chiropractic care in addition to usual medical care had better short-term improvements in low-back pain intensity and pain-related disability when compared to those who received usual medical care alone.

Results of this groundbreaking research were released today in the inaugural edition of the Journal of the American Medical Association’s online JAMA Network Open.  The study – the largest randomized clinical trial in chiropractic research in the U.S. to-date – took place from September 2012 to February 2016 and involved 750 active-duty U.S. military personnel at three sites across the country.

Low-back pain is the leading cause of physical disability worldwide. The prevalence of low-back pain among U.S. adults is estimated at 20 percent, with 50 to 80 percent of people reporting a significant episode at some point in their life. Low-back pain is also one of the most common causes of disability in U.S. military personnel.

“This patient-centered, multi-site, pragmatic clinical trial provides the strongest evidence to-date that chiropractic care is safe, effective and can be integrated into multidisciplinary health-care settings,” said Christine Goertz, D.C., Ph.D., lead author of the study.  “These findings are critical as the United States health-care system looks for ways to implement existing national guidelines from groups such as the American College of Physicians and the Joint Commission that recommend non-drug treatments, such as spinal manipulative therapy, as the first line of treatment for low-back pain.”

Posted by Wendover Avenue Salama Chiropractic Center - Greensboro, NC at 11:59 AM No comments: